What Is Salvation In The Bible? 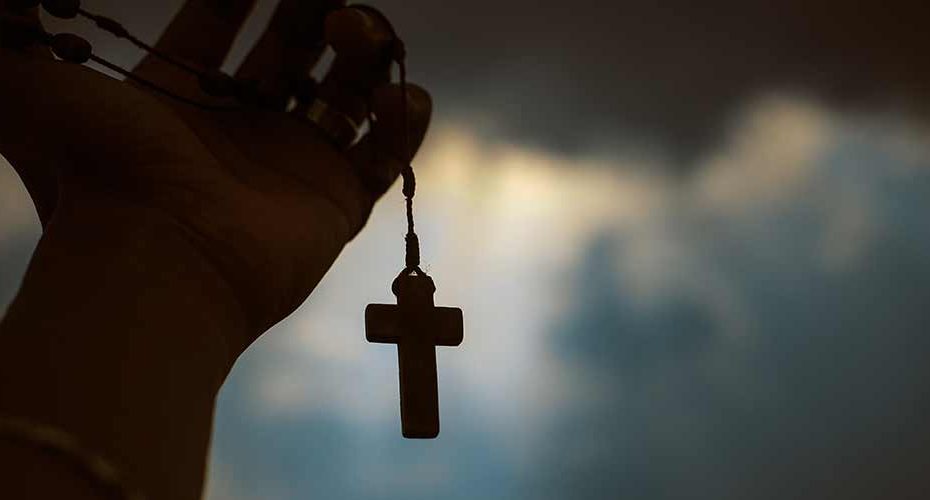 The Meaning Of Salvation?

Salvation is the redemption of human beings from sin (the power of Satan)and its consequences (the wrath of God). Salvation is God’s prepared way to restore man to God’s plan in order to have an eternal relationship with him.

Why The Need For Salvation?

You may ask, why do I need to be saved? Indeed, there won’t be a need for salvation if you aren’t held captive by an enemy or captor.

Salvation in Christianity is deliverance from the power and effects of sin. So let’s see why salvation is important for the human race, and what God did about it.

When God created the earth and man, He did so to have the creation for His pleasure (Rev 4:11). He wanted a world where its inhabitants would live according to God’s dictates and instructions.

However, God’s enemy, Satan, came and brought death to man by bringing corruption to him. He did this by transferring his nature, deceiving man to disobey the instructions of God.

The disobedience led to man’s inability to become the pleasure God wanted. This became sin (a nature) to man, which implies spiritual death.

Death means man could no longer have a personal relationship with God. Death is a temporary or permanent separation from God.

God planned to make man dependent on Him. However, God did this without infringing man’s will because He wanted a man who has freedom of choice and not a robot. Therefore, He gave the man a free will to choose as he dims fit.

When man fell due to his disobedience which led to sin, he was left in eternal death for God’s wrath. However, in His lovingkindness, God never wanted His creation to perish without providing a way for salvation.

So God provided a way to restore man to His original purpose and plan of replenishing and dominating the earth under His guidance.

“But God demonstrated His love towards us in that while we were was yet sinners, Christ died for the ungodly” (Romans 5:8).

This bible verse shows us that while we were dead in sins and trespasses, God made a way for man to receive salvation through Jesus Christ.

No human effort was sufficient to take away man’s sins because sin had become the true nature of man. And the Holy God would have nothing to do with sin.

God’s plan of salvation is His means of grace to take the man from death to a place where he becomes an expression of His glory.

In John 3:16, “For God so loved the world that He gave His only begotten son that whoever believes into Him should not perish but have eternal life.”

The verse shows us how God loved the world, the world referring to the inhabitants of the world. Christ’s death was the atonement God made for the sins to reconcile the world back to Himself.

Jesus Christ did not come to condemn you for whatever sins you might have committed, no matter how heinous; however, he came that you might be saved through Him. (John 3:17)

Jesus Christ is God’s gift of salvation and grace to all men. For by grace, you have been saved through faith, and this is not of yourselves; it is the gift of God (Ephesians 2:8).

God’s grace, which is God’s way of salvation, can only be appropriated through salvation by faith in Christ Jesus. For without faith, it is impossible to please God (Hebrews 11:6).

No one can receive God’s salvation without acknowledging being a sinner. However, it is not because you sin but because you inherited a sinful nature from Adam, which needs regeneration from God.

Even though you don’t do things that make you a sinner, God’s perception of sin is not merely the acts but the nature of sin.

As descendants of Adam who disobeyed and sinned against God, the human race became partakers of Adam’s sinful nature.

Therefore just as one man sin entered into the world, and through sin, death; and thus death passed on to all men because all have sinned (Romans 5:12).

Acknowledging this truth is the first step to receiving God’s salvation through Christ Jesus.

How Can I Achieve God’s Salvation?

God’s way of salvation does not require any particular work or prayer of salvation. However, it is a simple request to believe the gospel of Jesus Christ, and you will be saved and made the righteous.

This empowers you with the Holy Spirit (the Spirit of God) and the ability to live a life above sin that glorifies God.

The gospel involves Jesus Christ coming to die for the sins of the whole world that we might receive God’s salvation; He resurrected on the third day to the Glory of the Father and ascended to return for everyone who believes in His name.

Accepting this truth involves confessing with your mouth “Jesus as Lord” and believing in your heart that God has raised Him from the dead, and you will be saved (Romans 10:9).

This means you are saved from God’s penalty of death, and your sins are forgiven. It births a new experience because of the new nature you have received (the nature of God).

A nature, different from the human life you’ve always lived. It’s a nature that is holy and righteous, and you must start learning how you should live the new life according to God’s word.

An example of salvation in the bible is the account of Zaccheus, the rich tax collector who received God’s salvation through Jesus Christ coming into his house. This visitation led to his repentance and a decision to live a life pleasing to God.

Assurance of Salvation – Being Sure of Your Salvation

Over the decades, the enemy has succeeded in defeating those who have for once accepted the gospel of Jesus Christ. The enemy does this by making them ignorant of what God says about their salvation.

When they fall into sin after receiving salvation, they wallow in self-condemnation, believing that God is angry with them, and believing their salvation is abolished.

To live a victorious Christian life, you need an assurance of what you have received and what God says about it.

But unfortunately, many people believe salvation comes with a feeling; they are unsure of their salvation because they expected a ‘strange feeling’ to accompany their receiving of the gospel.

Let’s see what the scriptures say about our assurance of salvation.

In John 5:24, Jesus said, “Truly, truly, I say to you, He who hears My word and believes Hom who sent me has eternal life, and does not come into judgment but has passed out of death to life.”

In the book of 1 John 5:11-13, John wrote to remind anyone who has received the gospel of Jesus Christ to know they have eternal life.

I have written these things to you that you may know that you have eternal life, to you who believe into the name of the Son of God.”

Why is it vital for you to be sure of your salvation? It is because God’s enemy, Satan, will always take advantage of your ignorance and make you live as though nothing has happened within you.

Consequently, you will continue in worldly passions and lusts that lead to a defeated life. Hence, the victorious life apportioned to you in the new will never be achieved.

What Is Salvation In Christianity?

Why Salvation Is Important In Christianity

Examples Of Salvation In The Bible

Is Salvation By Faith Alone?

The biblical faith demands that… Read More »Is Salvation By Faith Alone?

Is There A Prayer Of Salvation In The Bible?

The prayer of salvation, commonly… Read More »Is There A Prayer Of Salvation In The Bible?